We make assumptions all the time; sometimes we don’t even realise we are making them. When we see something unfamiliar we try to associate it with something we already know. By doing so we form an assumption. This is usually based on our limited knowledge. For example, based on our previous experiences with a certain person, we think we know what they are going to say next. Unfortunately, as you can imagine, this can lead to false assumptions as that person may be in a completely different mind set when we encounter them.

Making assumptions is part of human nature and it’s not going to change any time soon. In the context of being tall and standing out, when people see you they will make assumptions about you. In this blog post I want to outline some of the most common assumptions people make about me based purely on my height.

I’d say this is the most common assumption anyone makes about any tall person they see. I’ve lost count at the number of times I’ve been asked if I play basketball. If I say “no” then people automatically assume that I play volleyball instead. If I then say “no” to playing volleyball then people usually say some variant of “that’s a shame, you would have been really good at it”.

Quite annoying isn’t it? That’s like me asking a really short person if they are a jockey. As you can imagine, they wouldn’t be too impressed. When I was younger this assumption used to bother me, now I’ve stopped caring. Instead I now use it as an opportunity to practice some witty comebacks. You can read more about how I respond to this particular assumption here.

Assumption #2: I weigh much less than I appear

I don’t know why but I think most people don’t have an eye for estimating weight, especially for people that are much taller than them. Whenever the topic of weight comes up in conversation people usually guess I am around 10 kg lighter than I actually am. Currently I weigh approximately 100 kg yet people usually guess I weigh about 90 kg. It’s not really that hard to estimate weight. If I had to guess the weight of someone I would take my height and scale it by an approximate percentage of how much taller or shorter they are compared to me.

Personally this doesn’t bother me at all. Being tall and looking lean, it’s easy to make the assumption that someone weighs less than expected. This is especially the case because a tall person has long limbs and their muscles are thus proportionally ‘stretched’ out. If a tall person and short person put on 5 kg of muscle, it will be much more noticeable on the shorter person. In addition muscle is more dense than fat so if someone is tall and lean (but has some muscle) they will weight more than expected.

Assumption #3: I am much older than I really am

From a young age I’ve always been tall and consequently people have always assumed that I am older than I really am. This worked especially well for me in my late teenage years as I rarely got asked for I.D. when going to a bar or club. The common thinking must be that the older you are the taller you grow. This doesn’t bother me at all as I like seeing the reaction of people’s face when I tell them that I’m actually younger than they assumed.

Assumption #4: “That person” is taller than me

I find this quite funny and annoying at the same time. Whenever I’m in a group and another person walks past that appears to be somewhat tall there is always one person that says some variant of “check out that guy, I think he’s taller than you”. I’m not sure if this is because my height is intimidating and the other person wants me to feel some intimidation or because they are jealous of my height and want me to be jealous. In about 95% of instances it turns out that I am still taller.

Assumption #5: I’m from the Netherlands

A recent study has confirmed that men from the Netherlands are the tallest in the world. It appears that most people have some ingrained knowledge that people from Europe are tall. When I’m not being asked if I play basketball or about the weather “up there” a lot of people ask me if I’m from the Netherlands or Eastern Europe. In my particular case this assumption is true, I was originally born in Poland and moved to Australia when I was very young. I can imagine how this assumption could be frustrating for a tall (non-European) person.

As you can see just based on my height alone people make assumptions about the sports I play, how much I weight, how old I am and where I was born. It’s not really fair and can be frustrating at times but unfortunately this is human nature and I can’t ever see it changing. The funny thing is that I don’t make these types of assumptions about shorter people. For some reason, being tall (which is out of our control) exposes us to this sort of judgement.

The best advice I can give is to accept the fact that you are tall and that you will be subject to some common assumptions. You can either let them get to you and spend most of your time upset about things out of your control or you learn to embrace it and try to make light of the situation as best as you can.

With my experiences in mind how do your experiences compare? Do you get these assumptions made about you too? Share your thoughts in the comments below, I would love to hear from you.

Common Assumptions Made About Being Tall

By Art of Tall Time to read: 5 min 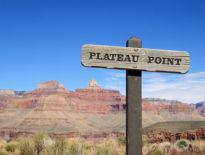 Tall Health How to Break a Plateau by Greasing the Groove 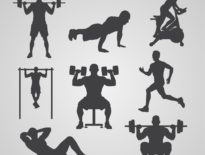 Tall Health Why Are Some Movements Harder For Tall People?
5